The 2nd International Conference on Timbre will be held 3–4 September 2020 in Thessaloniki, Greece as a virtual conference.

The study of timbre has recently gained a remarkable momentum. Following the Berlin Interdisciplinary Workshop on Timbre (2017) and the international conference Timbre is a Many-Splendored Thing (2018), the goal of Timbre 2020 is to continue a tradition of meetings around timbre.

Timbre poses multifaceted research questions at the intersection of psychology, musicology, acoustics, and cognitive neuroscience. Bringing together leading experts from these and related fields, Timbre 2020 aims to provide a truly interdisciplinary forum for exchanging novel perspectives and forging collaborations across different disciplines to help address challenges in our understanding of timbre from empirical, theoretical, and computational perspectives.
Four keynotes from distinguished experts will discuss timbre from a broad and complementary set of perspectives: Morwaread M. Farbood (New York University) on the role of timbre in music psychology, Jennifer Bizley(University College London) on the neural coding of timbre, David Howard(Royal Holloway University of London) on vocal timbre and Stefan Bilbao(University of Edinburgh) on acoustics of musical instruments and rooms.

Timbre 2020 is jointly organised by Asterios Zacharakis, Kai Siedenburg, and Charalampos Saitis, with support from the School of Music Studies of the Aristotle University of Thessaloniki, the School of Electronic Engineering and Computer Science of the Queen Mary University of London, and the Department of Medical Physics and Acoustics of the University of Oldenburg. 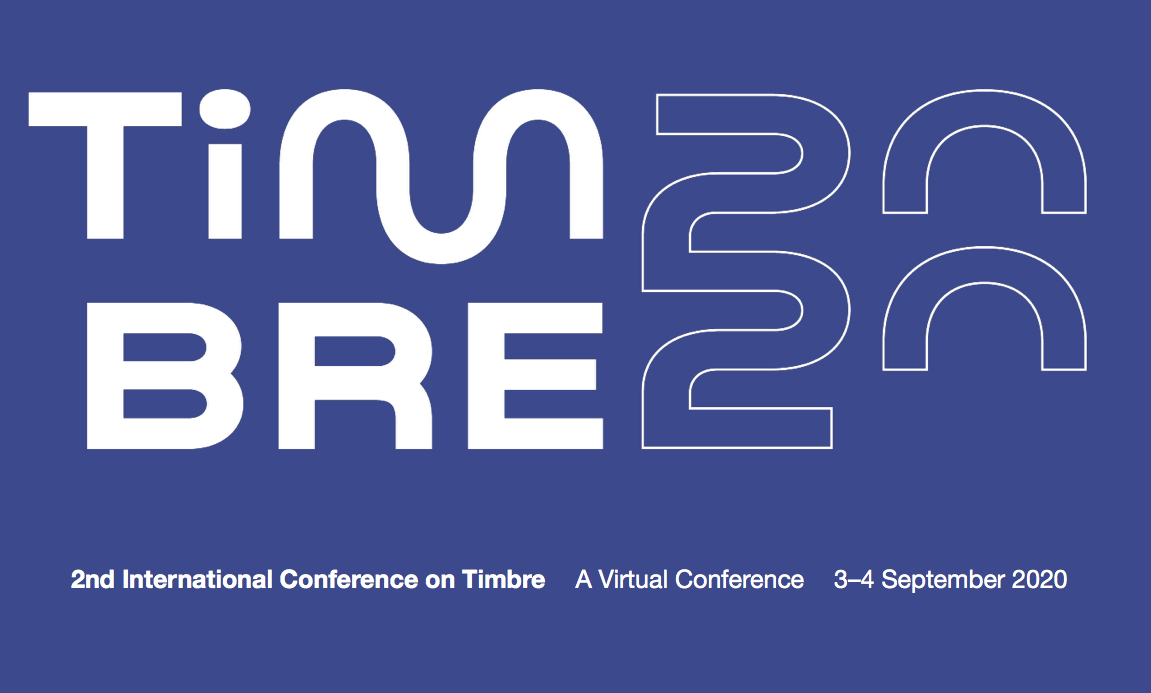